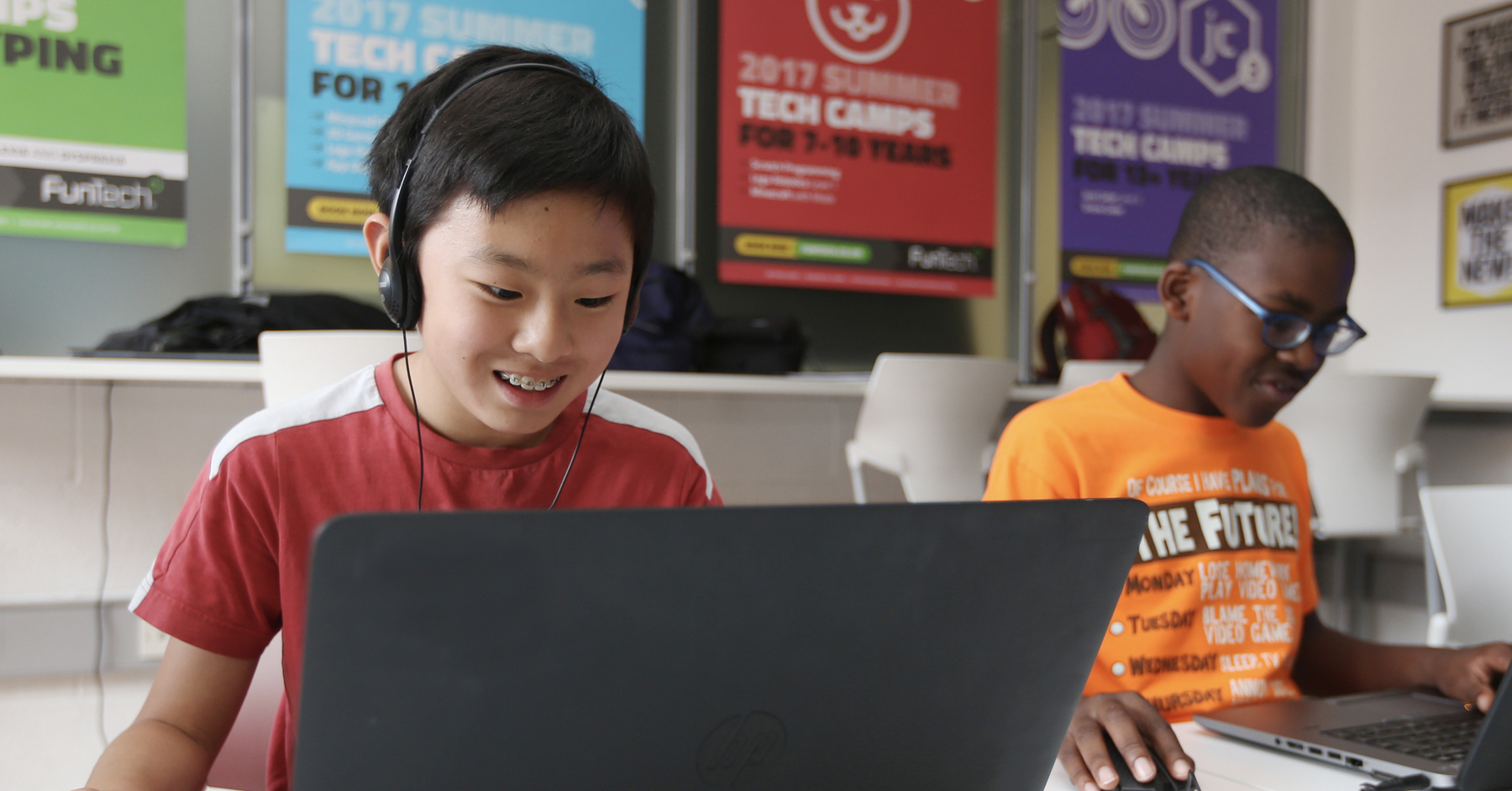 October half-term is fast approaching, and if like many parents you still don’t have any plans for your children, then our half-term tech camps could be the perfect activity!

We run a week-long half-term activity classes in London at our Westminster and Hampstead locations (and Maidenhead) where your child can learn a variety of technical and science-based skills.

With the holidays presenting a great opportunity for kids to learn how to do new and fun challenges first hand, it’s a fantastic way to get their skills up whilst keeping them busy learning impressive digital skills.

By using our innovative digital platforms and led by an subject-specialist tutor, your kid can learn to code, design robots, create their own video games, and much more.

At the end of the week, they could come home having created their own video game, learned how to touch type, developed their own programming code, or even built their own robot.

These fun-packed classes run during the October half-term week at various locations throughout London, letting your child learn awesome tech skills in a fun and safe environment.

Things to do in October half term around London

Just because it’s the school holidays, it doesn’t have to mean your child’s learning comes to a complete halt.

Why choose a FunTech October half term tech camp?

FunTech doesn’t offer boring tuition, but instead a fun environment where your child will be challenged intellectually. They won’t even realise they are learning valuable life skills most of the time, as it really is that much fun!

And the fun learning can actually give them an advantage when they go back to school and even in later life when it comes to choosing a career.

To find out more, here’s our list of the top 13 reasons a kid should learn to code.

We firmly believe that by giving your kids the technical skills required for coding, programming, or solving science-based tasks, you can give them an invaluable advantage in life.

For example, our half-term tech and coding camps could help your kid take their passion for video games to a new level where they actually create their own.

And that in turn, could offer them a very bright career future.

By learning in a fun environment over the half-term, your child will be using skills that can then be applied not just upon their return to school, but also in real-life situations.

With the right amount of guidance and inspiration, your child’s imagination and learning will be stimulated without then even realising that they are continuing to learn.

And you have the peace of mind in knowing your child is a safe, ofsted registered, environment during the October half-term week.

For those unfamiliar with FunTech, we have over 23 years of experience in running tech and coding camps for children aged 6 to 18 years old.

Be the first to know about Flash and Early Bird Sales as well as new courses, summer locations and more.

Summer Courses for 16 Year Olds in London in 2022 2022 August Summer Camps for Kids – Coding, Tech, & Gaming Robotics Summer Camps in 2022 for Kids Aged 7 to 14 After School Clubs: Online & Virtual Computer Clubs & Lessons How Typing Skills Can Lead to a Career